Top Journeys of Our World Legends Hero and Leander lightly lead on too. To other Ways Times and Places. Of Yore that is. Is Time. Herein. To explore the Pt.3 as well. Well as Hero and Her Leading Tower of Light. Leanders power swimming progress is questioned. Questions Elementally and such seriously posed and imposed. Answered as well. Well as i, Shiro can. That is. Ancient Tech. Explained. Lightly. Then switched. Off. Saves the Battery.

too. To flash anew and refresh again, this Last of leading Tales Three. Pt.3

Lights a few burning Ideas as well. As well from Our World Legends, 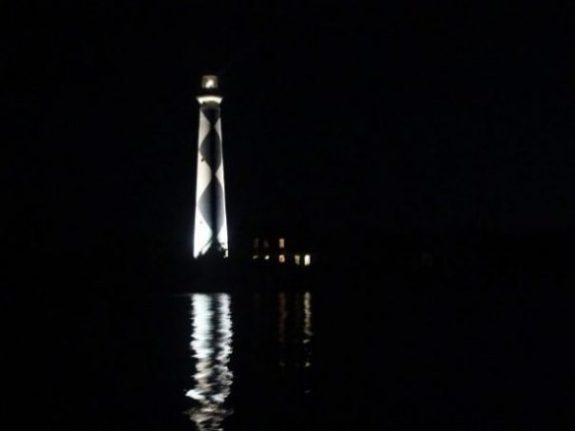 She of Ancient Greece

Path Ways. For Her Light.

On and In Our World. Legends of Literature such as

George Chapman, Henry Petowe have over History, Times and Places

Arrigo Boito too. To then poetically into an Opera he so composed. A

heroic Tale. To be so sung. Till Later then. That is. Till it come. So undone.

Then being uncomposed and sunken, thus low in spirit and so Mind,

he ripped it to lil’ shreds and binned it. That. Then.

Did end. His Hero Tale, Legend. Back then.

A Legend and Eternal Theme which also inspired Painters to Paint. Paintings by

Rubens, Turner and Rossetti all turned those clear and blank canvasses

into stylish works, of colored Art in Our World. Legends relate too, that to

Nicholas Lanier did so and thus set a version, thereof. Done well as well. Well as 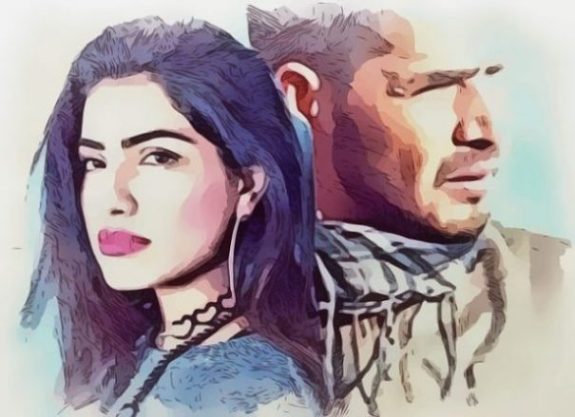 for this, when and then. A

Simply means the Mid-Life crisis nearing. Of this

The Tower of Hero.

A Tower with Ancient Power.

from the Dardanelles. Of Yore. Ancient Greece is the setting and thus and so,

scene final. Finale of these Pt.3 Last Scenes. Thereof. The 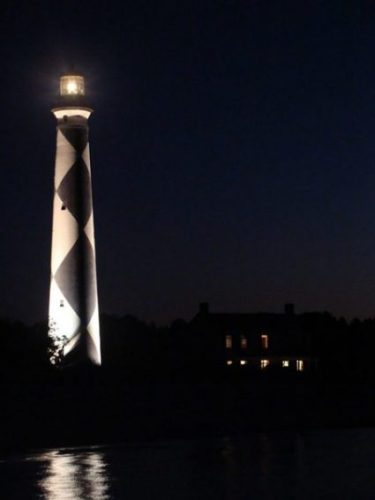 Alchemy. A Recipe thereof. Therein. In a

Searching in steps Lab-wise for that Stone. The Stone of Philosophy. And

Purpose. Purposely He Sir Isaac Newton did so Step, Stop and Read. Understood

the Words therein so and such a constructive chord, was instructively

stricken. Writ. As well. Well as.

Though through and so in on and of

Written. Thereupon. ‘Twas. So. A

click on. And in. Did dwell. An Experiment using those poetic

flames that are in

those Words. Poetry therein. In

Fire also. On as well. In Prose. But

for and sooth of such and so hell-. Sayers. Herein. Yet

as well. Well writ. Ovid avidly so penned. Sir Isaac so realised. Then. That

things this and that, may so hope occur. Oft not,

in deed it seems indeed. Tragedy. That be. There

but saved from Hidden History, posterity, by He. He

who saw 7 Rainbow Colors, so, in that Clear and White.

Light. For. There are

Ways of Lighting Up.

Are Ways and Means to hopefully increase the overall Density, Intensity and

Focus. Of. The Powers Of Light. Light on,

however it may be so generated. That require lil’

Methods and Applications. Do so and say apply. To. Thus.

Of Fire. Minerals that emit. Too. To

such and so, as Several Light-Houses of Fame and Legend Tell. Tales

of o so and such

Bright Lights. Such a One. Herein. In

Hero Tower. That Be. On. Well

on and with, even within various Methods of Lens, Mirror, Special colored

such. Is Done. Elemental

and divine blessed Search- and Torch-Lights yes o so in

and yet Divinity and Alien Gods. Thems.

Need not extra apply. For Us, to be so Enlightened. Thus and so.

Therein. Terrestrial. Thereof. Earth. All. All

over Our World. Legends simply and so

of such Tech. Are. Elemental. Of Yore. In deed.

Hero, Her River of Light. Across the Dardanelles.

The River Strait now shone. Lit by Elemental Fire. Hers. Within. Hero

With a Hero’s Power. Shadowed within.

To shine so without. A leading Light.

lead. Then to that. An Ancient Form. Within. Her Tower that is.

that Power be. Hers in deed. Indeed

and so on the Water’s Edging there be. By the Strait

By. Actually. Of Yore. Anyways

as that casing may, so and be and seem. So and thus such Her

there. By the River. Which flowed. Flowed amazingly past. Passing

Grecian and Yore, several stunning structures. None of note. Herein

for anyways at mo’. Till. Past and on. Onto

Then. Thus and so. Abydos.

Leander’s Places and Times. Home City as well. Well as

some Others, it seems. Seemingly unnoted by most. Herein too. To

continue on past this River. 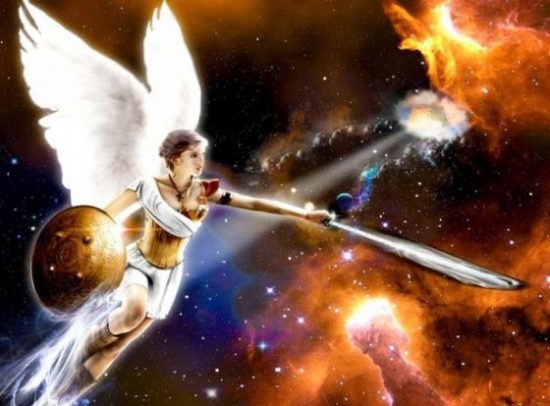 many Nights bright, did that Light of Hero. Her

leading Light so led these Ways. So Shine. Upon

The River too. To and fro. For

many Nights Leander did so and thus, swim. Therein. Thereupon. The

River. Flowed too and Till. Till hitting said Shore. Then

Hero and Her arms. Till.

and for Our World, Seasons do so and thus change. Change. Overnight

it seems indeed. In deed

A Change of Seasons. Fate and Destiny

as well. Well as Leander. He tried. Swimming Up. Then Down. Over

and across would not be crossed. Cross not nor gotten over. Not

He was. Cross. Lights out. Mind darkening. Angry and thoughtless

too. To so and thus,

swim across. For Hero. He

must do. This Night. Of Yore.

or Die. Then. Now. By these and those so Gods. For

now so knew too. To admit. Things then so had changed. Especially the

she so tried or not. Her Light was put out. Turned Off. Not On in

change so brought much loss, in leading. Whipping in

and around Her Tower Top. Pushed

onwards then inexorably so inwards, by those of fierce Gales, Pressures, turbulent

Glass could not contain. That. That piling and pounding

Pressure, stocked so sorta Ways too much. In deed. Pressured.

Light was out. A Tower hole. The whole Top Floor and Light ripped

and so torn. Ado, Hero cried as she surveyed the floor Top wreck

before Her. Which. Was dark. Now.

Towered no more. Also. Alas. A distinct and so alack of Light as well. Well as

about in then unmeasurable, unrepairable ways. For where now

only Tower shadows once led. No where. Now. No

ways in sight. Inside and Top-side Hero was. She so knew. Inside.

done in. Too. Topped out.

For She so had seen. Seen Ways down.

Aways and hows, Hope so

cruelly had, in deed so dashed. Why

and was in such and so. Tragic sight. Just. In sight. Now that is. What

and had so laid then strewn. Thrown up, so against. Inert. Still. Still

so Fars. Ways Below. Hero

that is. Was actually. Then. Just seen. That End

For a Boy. Leander.

She had so thus and made. Made and then. So lit. For Him. His

Ways. To Lead, and so Light. So

Ways down. Earlier had seen so Ways down,

and then Shore found. Him. There. Her

Heroic Visitant, Festival Goer, and Follower of the Light. Hers. Her

Leander was out, laid so low, ripped, torn up

in that so bitter, stormy Wintery, Undertow.

and so out. Of Life. Gods All

forsaken, Hope so then dashed. That frail Eternal graceful Light. His. Dimmed. Dipped

Ways down, was also. Now. Out. 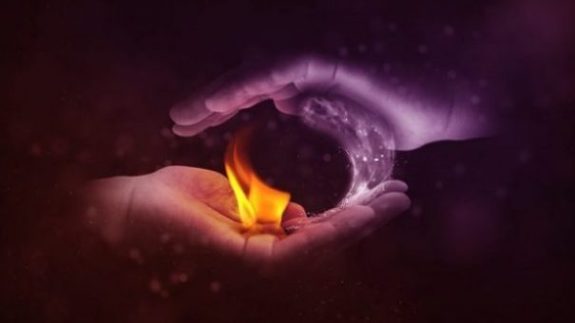 She knew. Now. Her

Times and Places. To step up.

Light the Ways. Then.

Looking Ways down. Down so Ways. Below.

that stung as those tears, just so strung, streamed. Down.

The face of a Hero. There. Standing Ways straight. True. Tall.

That watery, and deep.

Standing atop Tower so amidst, and straight, Tall.

Proud, Muse like, True Beauty deep, so scorned, by Graces All.

All, before Her it seems. In deed.

Ways up high, so straight, Tall, faithfully so. So

Windswept amidst and atop on this. This so crumbling remains,

of Her Light’s, Tower-Top, lead-in leading edge, so, torn asunder.

Of, broken Dreams. Now. To Be. Set Free. 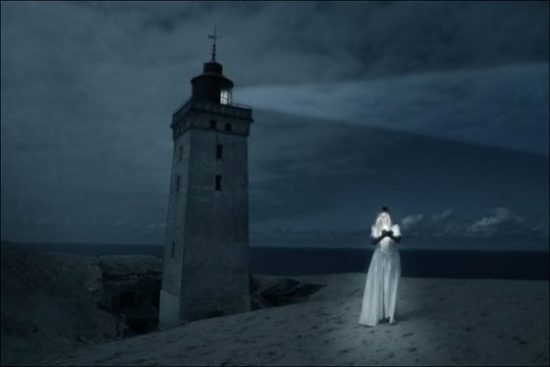 Lead Your Ways. Light Your Worlds.

You can and are.