‘Tis sometimes and places said that Our memories are short. Probably cos… We were not listening. Our World Legends now has proof of this convoluted concept. In 1888 an eminent Scientist gave a round voice to a Discovery, that till then was twisted in Myth. Now… Legendary and in the Real. Since then,.. Silence… unbroken. Herein. Ancient Egypt. Ancient Legends+Tech. Modern Discovery. All… ignored. Be a mazed. Or not.

Professor Flinders Petrie let the Shovel slide. From his

The Storytellers from Our Past,..

those who retell. Our World Legends All agreed.

Legend of The Labyrinth.

… was no longer an excuse. For any and All. All

The Legendary Labyrinth was/is… in the Real. Here.

Beneath his Shovel. In the sands of Egypt.

The Famed Labyrinth of Legends Egyptian of Yore.

Buried beneath the sands. Forgotten by most.

For reasons… unknown to i, Shiro…

and many others. The Authorities in charge of the

Antiquities and Excavations of the Lands of Ancient Egypt.

that is. As well.

Professor Flinders Petrie is recorded as having excavated

As well… as other things also.

Anything beyond that has… publicly never been revealed.

So our World Legends do say. Herein. A Web Browser Search.

Prof. Petrie, Herodotus the Ancient Scribe and i, Shiro…

The seeming reluctance of many Modern Egyptologists

in attempting to understand Ancient Tech and then

to Mythologise the Legendary Writings of Our

the Ancient Scribes and Historians.

Does lil’ to dig out the inherent Truths so therein.

The Great Pyramid is no mystical Tomb to raid for Knowledge.

Ancient Tech. is what ’tis.

it’s very name… says it All.

The Great Pyramid is a… Volcano shaped.

To Waters of Life… his Lands. Egypt. Of Yore. The Niles.

So Our World Legends do so and say. Therein.

You patently listen to those.

Sands of Times and Places, that is.

The Elements of Tech.

No Mystery, Gods or Extraterrestrials… needed at All.

By Observing Natural Processes. Within Volcanoes. In this…

particular case. Swapping Lava for the Waters of Life.

if contained within a vessel that pipes in Water in some

Further work by such Pressures can be achieved by adding.

In thinner Pipes and Processes after Pressure… Pressured Up.

Water can be Piped along Ways indeed.

Gif and Photo Set above… set that scene… to dig…

Members of the ancient giant needle construction crew it seems.

Ancient Egypt for the Origins of their approaches to the Natural.

A School of Chemistry… concurs.

So too Historian and Scribe Herodotus.

So enamored of Egypt and it’s Ways… he went to visit.

To… check out that scene.

To… dig around or so it seems.

To journey hence and thence go. To. A not so lil’ spot.

Of the Pyramid Hawara his… destination. Final that is.

ago. Amazed he was.

was open to the Public per se…

back then. So then and Now.

Loudly. Amazed. No digging required. At All. No Ways.

Would need to clear shifting sands… which hadn’t…

shifted yet… indeed and in fact… as well. The…

after the great gasp above, were so amazing,..

he even remembered… them. Them that expressed as so :

“…greater than words could tell… all of the works

and buildings of the Greeks put together would

certainly be inferior to this labyrinth as regards 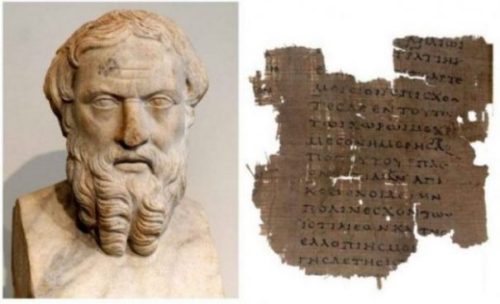 Herodotus… Scribe of Yore. Seeker and Looker of the Labyrinth so lost and ignored. Our World Legends… as well.

Labor at the Labyrinth.

The Labyrinth was there for any and all Eyes to see.

go on and on. Amazingly. Herein. Below.

This Labyrinth of Our World Legends;..

Inside, the building is of two storeys and contains three thousand rooms, of which half are underground, and the other half directly above them.

I was taken through the rooms in the upper storey, so what I shall say of them is from my own observation, but the underground ones I can speak of only from report, because the Egyptians in charge refused to let me see them, as they contain the tombs of the kings who built the labyrinth, and also the tombs of the sacred crocodiles.

The upper rooms, on the contrary, I did actually see, and it is hard to believe that they are the work of men; the baffling and intricate passages from room to room and from court to court were an endless wonder to me, as we passed from a courtyard into rooms, from rooms into galleries, from galleries into more rooms and thence into yet more courtyards.

The roof of every chamber, courtyard, and gallery is, like the walls, of stone.

The walls are covered with carved figures, and each court is exquisitely built of white marble and surrounded by a colonnade…”

The Labyrinth was of massive design. By design that is. Also.

The Main Roof… appears to be of One Solid Rock Piece.

connected somehow and someways through a

maze of pathways that led through all the above he saw.

and in fact. As well.

On his guided tour. Where he was not allowed… to see…

No Kings. No Crocs. No Tombs.

Though he seems otherwise,.. quite impressed. Nonetheless.

With what was left. To be seen.

Impressed enough.To write that and this. What

has become a Legend. Of a Legendary…

Since… and thereof. Ancient Egypt. Therein.