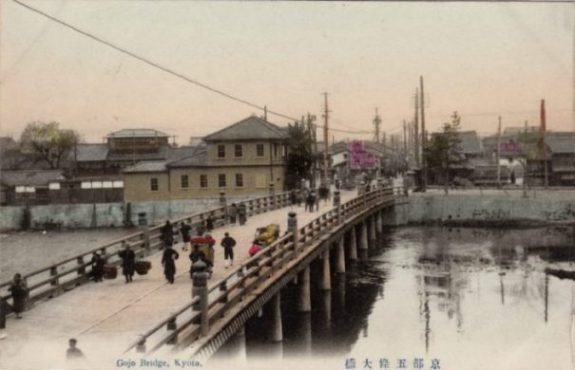 In a Time and Place of Yore. Our World Legends of Ancient Japan that is. An Epic Tale of Friendship and the… Battles therein. When kindred Martial Warriors meet… as Enemies. Epic indeed. The Bridge Giant Guardian meets… a fresh new approach… and more than his match in the Arts and Ways of Japan Martialness. The Gods of War… are Angels. Fallen. Herein.

Within Our World Legends from those of Ancient Japan,..

there is much Martial. Arts as well.

The then Japanese Culture and Society oft encouraged

as well. Japan’s His- and Herstory tell of turbulent

and so forth as it struggled towards Unity and then…

to keep that together… too.

This Tale retold herein resonated somewhat with me…

Due, in part to the partly Anglo-Saxon Heritage bits of me.

From that side i learnt Our World Legends of Robin Hood.

If You know of this also. Also

Within those epic Tales is an Incident of the Meeting of Robin H.

and the Giant-sized Man.

With the small Title… Lil’ John.

and enduring Human Themes relate facets of the…

as you hear that gruff and deep, deep and growl-like…

Get Off My Bridge.

Give Me Your Sword.

That Echo simply of loudness. For.

Thus and so. So

A Modern View of… The Bridge.

…is WHAT SHOULD have been said. ‘Twas not…

So Our World Legends…

do so and say. Herein.

Benkei the Giant as well. As well

he Boomed Gruff. Therein. Then. At One.

In size that is indeed. In deed that is. Also. For

Flex of the Arrow. Herein. The Slide-show. Overview of Legends of Japan and the Archers Way of the Bow therein and thereof.

Giant Benkei was on a mission. Not… from God. Not He. He

a Warrior Monk and All then, that,..

Though under Temple Vows…

no longer. At All. Thereof.

Focus and intent therein and thereof.

A Giant of a man. Literally. Physically. Totally

and so on. On for years.

Maturing… for several Years. That is.

Large and heavily muscled also from years of Weapons and related Training. Real

Life events related as well. Martial… mostly that is. Is also…

his Vow. To Himself…to consider.

And any Others in hearing shot of his deep challenging tones.

A Mountain of a Man… who oft…

lived far from them. Mountains that is. Therein…

and thereof it seems, were not his scene. It seems.

Unable to challenge the Gods…’cos he couldn’t find any.

He… first challenged Himself… won that Duel apparently.

A Small Portion of the Many Swords confiscated after WW2… Mainly by so called U.S. Occupational Forces… who showed no Patience… nor Respect of such as these of Our World Legends.

Collect. Whether the current Owners objected.

Objected Or Not. Not that he needed that many. Many

Just One. One Thing,.. Thus and just. One thing more… was on and in…

his Mind. Benkei’s that is. Whistling helped. Whilst he waited…

for that One Thing. More.

Which was… 999 Things actually indeed,.. in deed

and in fact also. 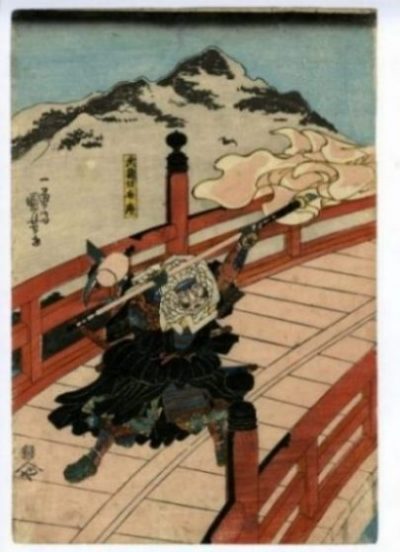 Benkei the GIANT whistled as he worked. Well,..

Walking. Along and back.

The Bridge. His Bridge that is. That is…

he called it so anyways. Anyways the nomen GOJO Bridge was ways…

too small and plain for his grandiose…

Plan for… greatness… in his Own Way that is.

He had just One to go. One more…

999 were already marked… gone and done.

Benkei’s Decade+Years of intense Training in the

had accrued at a consistent and persistent pace. Pausing

to pace this Bridge he stared.

Someone… something… was approaching. Thus and so. His voice thus and so.

Anyways. Thus far. Far off this stranger still was. Was…

still approaching… too. Too small… thus and so it seemed.

Did they even have…

At first that is.

I Benkei the GIANT ask for just

Was Giant Benkei’s first and immature rising thoughts. So…

literally correct… even p.c. esp. for those Times and Places.

Correct and right. Left-field bound though

wrong in so many. So Legendary Ways. Our World Legends

do so and say. Herein.

a lil’ though. Though and well.

A figure prepped for War.

A figure whose Body was a Weapon as well. As well

a figure,.. who had been trained to Defend… rightly

For 6 Years it seems. In deed indeed.

6 Years. Ninja Trained. That is.

The Bridge. Battled On.

‘Tis Not the Size OF the Dog in a Fight that Matters;..

’tis the Size of the Fight IN Each.

Of the Dogs of War.

gave vent to the Fury of a Man-Giant. Vented

it off. Off The Bridge. Aways

as well. As well

as Brushing it aside. Balance restored. Done

Benkei… No Sword for. Therein. Still had 999

done then. In Yore. Of as well.

was at least and last due for that. Parting. Then that is. Which was yet later.

They parted the same deathly days. Btw… Fighting still. Others though. Then…)

Now a very young Child of the Heiji Rebellion

in which Yoshitsune’s Father and Two Elder Brothers gave their All. All

Family Members of his and this Family. Those still living that is.

Were then Exiled and Escaped therein and thereof.

Yoshitsune was just only 9. Then. Then

and for the next 6 years

this sorry state of this Family’s State of Affairs

had more than a Personal Safety and bright side. To it. Sharp though

double-edged as well. As well,..

who now studied Combat with Yoshi for those and these 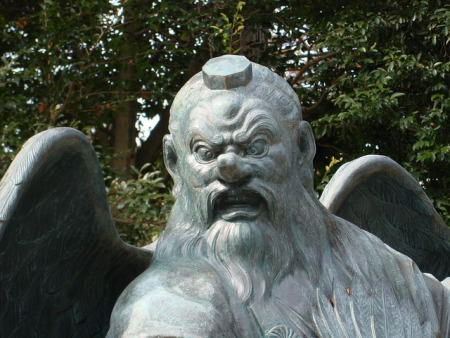 and Training Partners. As well.

Young Yoshitsune,.. too. To

the Mountains this Fam. had fled.

Their Home for some 6 Years. Now.

Where still now,.. which was…

A Race of Legendary Warriors did still so and Live…

and die as well. As well some of them anyways,..

indeed. In deed too,.. did they teach new and unique

Ways to defend Oneself and Others also.

Benkei the Giant soon enough was cut down to size.

1000 Swords were not attained. One short. One short

He of Training Tengu. Soon.

Soonish did and so,.. prevailed. Against

actually that is. Now. Back then.

taught Self-Defense against many of the Ways

The Legacy of the Ninja and Kunoichi is that of theirs.

The Rebel Angels are an enigmatic Race…

World-wide. Recorded in many of Our World Legends.

A Mutant Type Race of… Giants and Gods. Their nomen

within the Legends that is.

The Olden Kutha Tablets have a “ LEGEND OF CREATION ”

which was originally recorded in that Chaldean/Babylonian

city of Kutha within the Temple of Sitlam of the

Sanctuary for the God Nergal:

which does so and tell of a Race of Warrior Demons; of –

“…Men with the bodies of birds of the desert, human beings with the faces of ravens,

Tiamat gave unto them strength, their life, the mistress of the gods raised.

In the midst of the earth they grew up and became great and increased their number.

Seven kings, brothers of the same family, six thousand were there people…”

of Dinosaurs and Pterodactyls.

Of Giants and Mutant Bird-Men… too.?.

Of Giant and Legendary Creatures.?.

Cause and effect thereof. Therein

Does this Race… presumably now extinct.?.

Their Graves are known. In Our World. Legends

do so and say. Too. To Their Home as well. As well

told now. Herein. Above. Below. 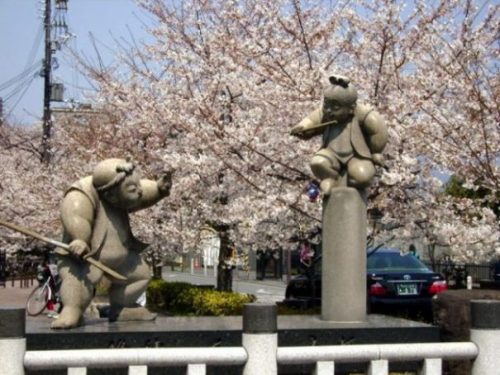 A Memorial So Bridged.

Yield Truth as Your Weapon.

Defend Greatly against All odds.

Be One… to Step Up, when the need.

as well. As well

you can. In deed.