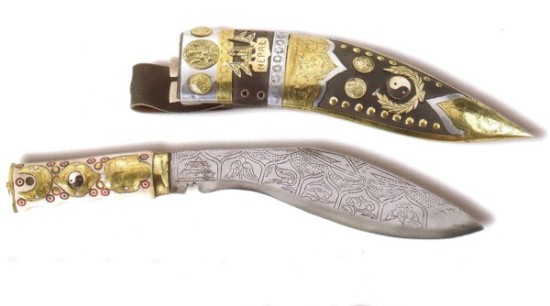 Elite Soldiers such as The GURKHA have long been a part of MILITARY HISTORY within Our World Legends. From Mountainous NEPAL this Tradition emanated on the orders of their KING. Their Weapon of choice… the GURKHA KNIFE is herein laid bare. SLIDE-SHOW, Intel,.. LEGENDS and more… too. Shiro style. THE GURKHA. THEIR KNIFE. photocredit/thanks:schoolsyrdsb

The GURKHA,.. a prime example.

Their Traditional Weapon of choice; The Gurkha Knife.

A Knife that is a shortish, sharp and curved,..

A Knife of LEGENDS. 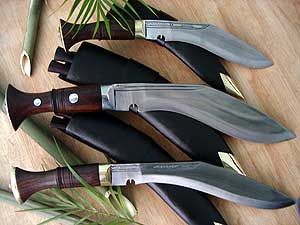 …The LEGENDS of this Knife flow on from a History of some length. 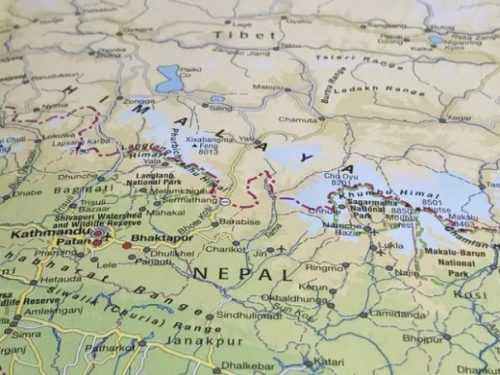 As with most of this Type,.. the KUKRI has one bladed edge.

Oft accompanied by a pair of small UTILITY KNIVES.

These are placed into Scabbard Pockets and are used as Fire Flint-Strikers, Sharpeners, Skinning Wild-life and other such typical pen-knife applications.

All bound in a sturdy SCABBARD.

Of Wood and Leather… with add-ons.

A SHORT HISTORY OF NEPAL.

Nepal’s History and Details of it’s Lands of Yore appear lil’ in the LEGENDS and Records.

Such as LORD SHIVA, LORD BUDDHA and VALMIKI are told of therein (click). 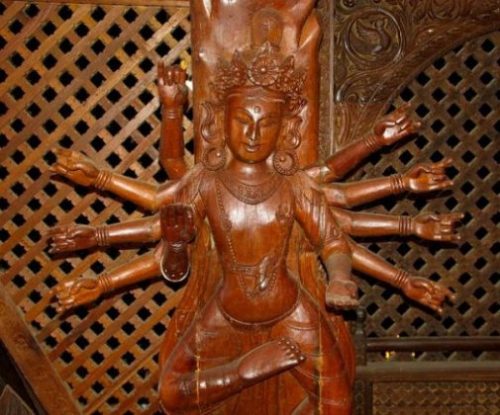 A Goddess… Shakti and Shiva. Herein. The Legends. Blue. Ambidextrous. 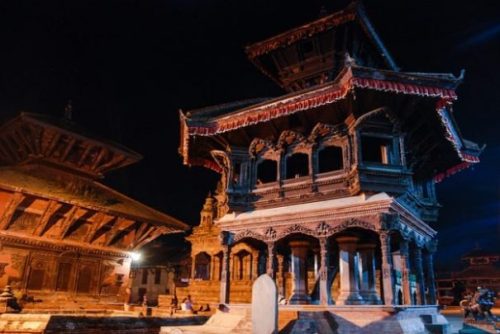 The decline of the KIRATA led to this Valley Empire being dominated by several Dynasty at various stages.

Such as the LICCHAVI,.. MALLA,.. and SHAH are noted.

These in turn gave way to…DEMOCRACY… AND CIVIL WAR… too (click).

The Constitution of Nepal adopted in 2017 recognises a seven-state Country region.

Nepal is a rugged mountainous, hilly Land with fertile Plains and all the associated diverse Geography…

Eight of the Worlds top 10 tallest Mountains are within this Range. 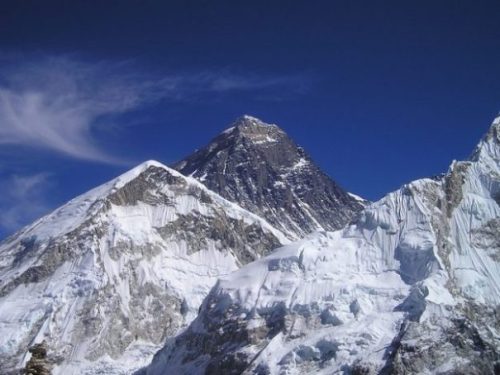 NEPAL. THE EVEREST. THE MOUNT. 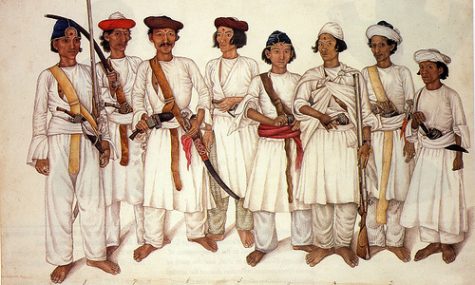 Eight Gurkha men depicted in a British Indian painting. During the 18th and 19th centuries, the British employed Indian artists to illustrate the manners and customs of India and to record scenes of monuments, deities, festivals, and occupations. This is one such ‘Company‘ painting commissioned by William Fraser in 1815 whilst he was Deputy Resident of Delhi. photocredit/thanks:flickr/daviddb

“…The Kukri is the national as well as the religious weapon of the Gurkhas.
It is obligatory for a Gurkha to carry it while awake and to place it under
the pillow when retiring…”

The shape and style of the KUKRI is an ancient one indeed it seems.

A distinctive curved and weighted design.

Refs and Sculptures indicate the Weapons of such as the Ancient Macedonians and Scythians resemble the GURKHA KNIFE (click).

The broad heavy Blade is multi-functional.

The Blacksmiths (…LOHAR…) of the KHUKURI TRADITION belong to the KAMI CLAN.

Trained from a very early age (…at 5+ years of age…) the aspiring Blacksmiths spend several decades mastering their Craft. At approx. age 40…AND… capable of producing High quality goods,.. they are then considered MASTERS of the Blacksmith Arts.

The KUKRI has no specific set of dimensions as size, weight, balance and fit… are personal… and can be tweaked to suit… any-one… any-size… any-how etc.

(…Shiro’s Kukri for example… refer Slide-show below for pics…

Blades can be 1/4 inch thick, have and maintain sharp edging yet be extremely flexible… too.

This is backed up by the prevalent method of a FULL TANG BLADE… all the way to the end of the Handle/Grip.

The majority of Modern makes are WOOD Handled,.. though Water-Buffalo Horns also used.

Ivory and Bone in the past also.

Secured by Rivets… with Resin to glue where needed.

Some bound with a Copper Band/Ring. 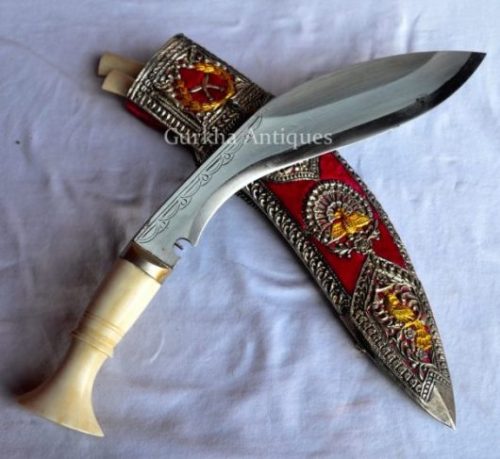 Leather Scabbards may be worked with Cloth or also engraved in some fashion.

Religious LEGENDS and sentiments indicate the Notches… resemble a Cow’s Hoof… Cow’s being of Religious and veneratory worth in Nepal.

Symbolically represented on the National Icon that is the KUKRI.

Several Modern variations also include a recess groove near the Blade Back.

The KUKRI of the GURKHA from NEPAL.

Groovy indeed,.. in deed and in fact… too.

Somewhat LEGENDARY it seems… as well.

Tis not just a Combat Knife per se.

Though tis indeed a Knife for a particular style of Combat. 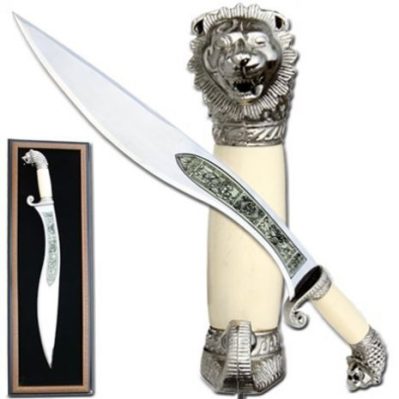