Behind the scenes of many world stories… lies INTEL. The reblog overview herein presents researchers with refs and more on how such as ISIS forms. Investigations lead into many avenues and Shiro has left these starting connections therein too. There are many who see more of the whys and hows. Some of them are herein. Truth hurts… perhaps indeed.

The machinations of those behind several world events lie unseen in the world of Mass Media.

The following reblog overview… with all links and refs therein… may fill in some gaps.

In particular, the VT investigative crew has much to offer.

THE ISIS ON THE CAKE.

A chunk of raw INTEL… for researchers to indulge.

Editor’ note:  Ties have been found to the Belgian/Netherlands PESN/Wiki pedophile groups tied to the Scalia/Hubertus/Bilderberger group whose data networks were managed by Sterling Allan, former Rense radio host.

At least 20 people have been arrested in Norway on pedophile charges, officials say, adding that the suspects include lawyers, economists and even a primary schoolteacher. Reports claim the case also involves politicians and a police officer.

US senators promise to act against Trump on Russia ties

UPDATED: Idlib ‘Gas Attack’ is same old BS as before

[Editor’s note: The sense of Deja Vu is overwhelming, this story is a full repeat of the ‘Assad used poison gas on civilians in Ghouta’ fairytale of 2013.

VT has thoroughly debunked that story, we exposed the role of Israel, Turkey, Qatar, Saudi Arabia, the Ukraine , the CIA and the Russian Mafia, all of whom had a hand in the supply of the gas to the Syrian “rebels” who were the ones who used it on innocent Syrian civilians.

The story that blamed it on Assad came from the Syrian Human Rights Observatory, a one man disinfo op in the suburbs of Coventry, England run by Rami Abdul Rehman. Once again, as in 2013, it is the tubby little liar Rehman and his SHRO that is behind the lies, once again the ‘Assad did it’ meme is being used to hide the true guilty party – the ISIS and FSA Mercenaries.

In 2014, Serena Shim stumbled upon a safehouse run by Jared Cohen and Google Idea Groups, a short distance from a border crossing into Syria between Hatay, Turkey and Aleppo province in Syria. In the safehouse were three Ukrainian secret service who had just buried a load of sarin gas shells from the Republic of Georgia. VT Bureau Chief and former US Army chemical weapons expert Jeffrey Silverman had followed the transit of these WMDs from Lugar Labs, a CIA facility near the Tblisi airport in Georgia. Silverman, working with TV network Russia24, VT and Russia Today, had exposed this facility, funded as a US Agricultural Research Station under the direct supervision of the US Army Biological and Chemical Warfare Facility at Fort Dietrich, Maryland.

A tale of two traitors and the terrorists they created

… by Gordon Duff and Ian Greenhalgh

Never have two less qualified individuals, we are talking Generals Petraeus and Allen, duplicated what this pair has done.  “Honeytrapped” by allowing the “little brain” to think in place of the only slightly larger one located a short distance higher, each combined moral flexibility, inferior intellect and hubris.  These are the parents of the ISIS bastard child as much as anyone, no Saudi price, not madman Erdogan or scheming Netanyahu, not “Hanoi Songbird,” John McCain, Paul Vallely or Googles “Gas-man” Jared Cohen (recently outed in a Hillary email, now tying him to sarin deaths across Syria in 2012 and 2013).

The Guardian runs to the Atlantic Council of all things, where, in March 2015, General John Allen, fresh from a resignation scandal tied to an affair with a Florida housewife/call girl/Mossad agent, is given control of America’s efforts in Syria.

As the real story progresses, Allen resigns in disgrace, again mind you, and the White House turns to Russia and Iran, awakened to the betrayal by the Atlantic Council, a cheap CIA front, and General Allen, longtime associate of his thinner clone, Petraeus, read “betray us,” also burned by sophomoric sexual antics.

One could note how America’s service academies, seeking out rubes, losers and mama’s boys, then promoting them beyond their already very limited capabilities, has left America defenseless.  One could point out how easy it has been for Israel to throw girls, boys, aging hags and even cross dressing arm wrestlers at the Pentagon’s endless supply of ass kissing nerds.  One could say that and more but we choose to take the high road, sure we do.

2007 – 300 million US dollars to Petraeus who then went into the prisons of Iraq and recruited individuals for 300 bucks a month to go to Ramadhi, become the command structure of the future ‘ISIS’ and split Iraq in two; creating an ‘Islamic State’ in the north where raping, looting and pillaging became the norm and where the cultural wealth, the oil wealth, almost anything of value that could be trucked north to Turkey was stolen on behalf of international corporations owned by the same group of criminals who control the intelligence agencies that blackmail generals and politicians into starting these conflicts.

Petraeus told us tales of creating ‘Sunni militias’; in reality, he created ISIS. 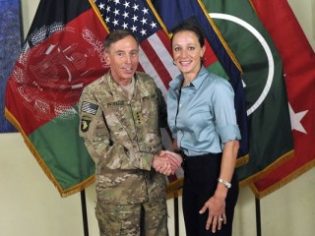 2011 – 300 million US dollars to Allen who spent it all on TOW missiles and other US weapons which all ended up in the hands of IS.

Allen stood up in front of the entire world and said he had 50,000 trained ‘moderate’ Syrian fighters ready to go against ISIS. When it was admitted before Congress that the real number of fighters was only 46, Allen’s credibility struck an iceberg and was lost with all hands.

As for those 46 fighters – they immediately went off and joined ISIS. No doubt they proved useful in teaching the other head chopping mercenary scum how to use their shiny new American-made weapons.

Zombie Enabler David Petraeus Is Back (sort of)!

Mr. Petraeus, if we are to “unleash America’s airpower in Afghanistan,” does that include passing substantial classified documents to mistresses? Please, proceed with your argument.

If you thought that zombie enabler David Petraeus was politically dead, then you will have to rethink things a little. After he was morally wounded in the Paula Broadwell debacle, after it was obviously discovered that this man was an agent working against the interest of America,[1] New World Order agents went work in order to rescue one of their saviors from political oblivion.

Keep in mind that Neocon shill Victor Davis Hanson of the Hoover Institution literally believed that Petraeus was a savior who could save the Iraq debacle.[2] Thomas Sowell of the same institution almost believed the same thing.[3] After the Broadwell debacle, those talking heads stopped mumbling about their dead savior.

Recently, the Washington Post has located Petraeus’ political corpse and sort of resuscitated him. NWO agents seemed to have realized this man can still be used as an asset. What is Petraeus’ recent fire-and-brimstone message? He shouts: “It’s time to unleash America’s airpower in Afghanistan.”[4] Well, who has been saying this for the last five years or so? The Neo-Bolsheviks, who had strong connections with Petraeus.[5] Petraeus is not kidding here at all:

“President Obama’s desire to avoid large new ground commitments in the Middle East is, in many respects, understandable, given the experiences of some 15 years of war.

“At present, however, the modest number of U.S. and coalition troops in Afghanistan operate with one hand tied behind their backs – at a time when Afghan forces, though fighting hard, are struggling. That should be changed. We should unleash our airpower in support of our Afghan partners in the same way that we support our Iraqi and Syrian partners against extremists.

“At present, U.S. and NATO airpower in Afghanistan is used only to attack validated al-Qaeda targets, to counter specific individuals or groups who have attacked coalition forces previously and to respond directly to attacks on coalition forces.”[6]

If we have to talk about airpower in Afghanistan, let’s talk about the “kind of cat-fight stuff” with mistresses first.[8] Let’s talk about how America was betrayed in Iraq and Afghanistan. I am waiting for Petraeus to write an article at the Washington Post discussing how he allowed sexual weaknesses to destroy his military career and perhaps his family. Mistress Paula Broadwell wrote All In: The Education of General David Petraeus:

“As we [Petraeus and herself] talked during the run from the Pentagon to the Washington Monument and back, Petraeus progressively increased the pace until the talk turned to heavy breathing and we reached a six-minute-per-mile pace. It was a signature Petraeus move. I think I passed the test?”[9]

In any event, Petraeus should really be ashamed of himself precisely because he has no right to tell the American people to continue perpetual wars in Afghanistan. Most Americans trusted this man to do a decent job in the region, but he ended up selling America to the Dreadful Few. 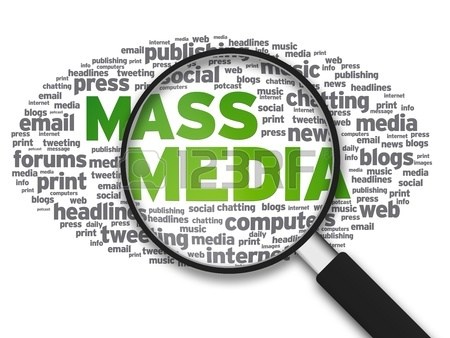 GLADYS KNIGHT IN OAKLAND (FEAT.BUBBA FROM THE PIPS

Al Green Gospel! None But The Righteous People Get Ready The Lord Will Make A Way I’ll Fly Away

4. apr. 2017 – The origin of the gas attack fairytale is the White Helmets, the fake … Rights Observatory, a one man disinfo op in the suburbs of Coventry, … In 2014, Serena Shim stumbled upon a safehouse run by Jared Cohen and Google …

1. apr. 2017 – This guy knows how to make you an offer you can’t refuse. … Wall Street Journal: Jared Kushner has ties with Goldman Sachs and George …

The Treason Machine, How Israel and Turkey Nearly … – Veterans Today

Intel Drop, April Fools Day Plus One and We’re all … – Veterans Today

2. apr. 2017 – This is the gang that moved poison gas into Syria, ran assassination teams in Iran, … So Jared Cohen, who was then at State [now at Google], and I … General Michael Flynn is one of these, a man who went to war much as …

7. apr. 2017 – The New York Times is now demonizing everyone who’s calling out the “sarin gas attack” false flag. According to the Times, only ?right wing …

Thanks much for the overview to all those concerned.

Good luck with the gaining of knowledge.