Does Money Have to Be Such a Difficult Thing? – Part 1
by Steven Pidgeon / Saturday, 26 December 2015 / Published in Economics

Part I – Understanding the Problem

Amidst the endless, brain-numbing talk between the parties of the centre-left and those centre-right in any given democratic country on the issues of privatisation, ‘leasing’ (which is just privatisation in disguise), taxes and interest rates lies the inescapable existence of money. It is this object to which virtually every single politician will base their policies and arguments around as opposed to at – those who have historically chosen the latter approach turn out like John F. Kennedy or Gough Whitlam, assassinated or prematurely disenfranchised. None who are ‘representatives’ in office dare actually question this God-like tool of social power directly when discussing the issues of poverty, the wealth gap or cuts to public funding; or more specifically, the issues that money – under its present mode of usage – cause.

The current central banking practice that encompasses virtually all democratic nations of the world – and this includes Australia – is based on the ‘concept’ (as if you could really call something that is purposely flawed a concept, but for lack of a better word …) of debt-based fiat currency. The official name of this concept is immediately off-setting to perhaps nine-out-of-ten people who hear it – no one really wants to know why ‘debt’ and ‘currency’ are appearing together in a term that is meant to imply wealth generation. Here this article will explain the debt-based fiat currency monetary model for what it really is – a government-approved, privatised, self-generating debt system. This exceptionally oppressive financial paradigm is responsible for every war which has involved the United States (Banks) of America in the last one hundred years (and counting) and is at the core root of why there is more slavery, social injustice, moral depravity, political corruption and poverty in the world today than ever before in the history of mankind.

The system is simple to understand. The central (or reserve) bank of any democratic nation in the world today is a joint private-government trust. In fact, the only role the government plays is the official recognition of that said entity (e.g. the Reserve Bank of Australia) as the legal provider of the money supply. The actual running central bank is left solely to the initiative of the private aspect of the partnership. And here is how they do it … 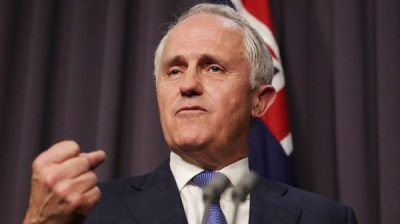 Steven Pidgeon is the Leader of the Australian Freedom Party, a party established to fight for Australian independence and for revolutionary change of our economic, political and social paradigm. He is an idealist and believes that if only there is a voice of justice to unite Australians, then we can make this nation all that it was meant to be.

What you can read next

Parable of the Zombie Ant

Asylum Seekers and our Policy of Positive Asylum — Part Two

Does Money Have to Be Such a Difficult Thing? – Part 2