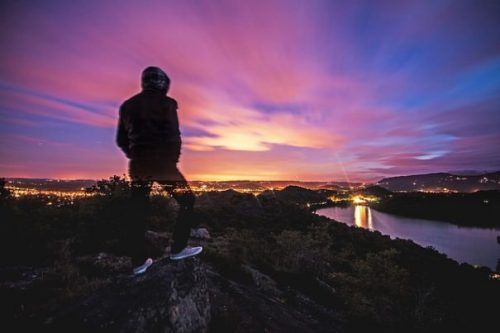 Shiro’s Dream-ride as… a Student… ninja on a Kawasaki NINJA… ZX-7 that is,.. takes a very wrong turn indeed. The Ode. Herein. The Bike. The Legend. The Rider… also. Back- and…For Ground Music too. Some… NOT SO… Poetry in motion.

Time stood almost frozen when we both let go.

The path ahead… Had vanished from our sight.

Kunoichi screamed at me as my hands came free,

i went left. She went so willingly into… The White.

A long history Kunoichi and i,.. Never alone, many places we’ve been.

Shiro and Kunoichi,.. An unlikely match… Or so it had seemed.

Responding to each and one touch. Riding the Long Night.

She and i learnt those moves together,.. Just went… So right.

Showing me Her mettle,.. Her fight- and what She’s…

Real and… So made of.

Rubber, Steel and Liquid Fire- Taking on the World Roads.

Riding not on that dark and long Tarmac,

for the Honor, or even that good ol’ GutsnGlory.

Riding for that long held Dream only.

That of Her Rider- Shiro’s…

Yet, always together,.. We rode often… Deep into the Night.

Kunoichi always led the way,.. Her Light-… So Shining Bright.

Kunoichi of The White wheels, Red on Black,.. She Shone.

We so… Grew old together-…me… With far less grace.

THE KUNOICHI KAWASAKI ZX-7… INDEED… a Look-a-like. The REAL ONE… had WHITE INNER WHEEL-RIMS and several Kawasaki NINJA ZX-7 Logo/Stickers.

Into the White She Dove Screaming; Ol’ style: Box Merc it was.

So… Suddenly stalled in Kunoichi’s lane,.. Whilst trying to cross.

Into the White She Dove Screaming.

Kunoichi knew no fear-only for my Survival did She care.

Helmet and leathers, the Black on Red,.. That Night i did wear.

Kunoichi of The White wheels,.. Red on Black,.. She So Shone.

Into the White of that Night, She So dove,..

There was no Way.

No… Going back now.

No Honor. No Glory.

So ends my ode to The Fem. Ninja, that did so save this Life.

So ends my Ode to… The Kunoichi Kawasaki.

Kunoichi of The White wheels, Red on Black,.. She Shone.

A ZX-7 NINJA model with power,.. Such subtle grace-

Into the White of that Night She dove screaming.

Into the White She dove screaming.

which i still have and will upload later. Meanwhile,to see

more of his Artwork…go Dreamin to) :

I Dream of Ninja.