The Modern Mass Medicine notion of Cleanliness and Disinfecting can stifle a Growing Immunity. Our Childrens’ natural disposition for Exploration and Play… must be played out. Experts are realising such Natural Play… and the Dirt acquired… gives One… a cleaner bill of Health. As with Breastfeeding;.. Mother… & Mother Nature… do indeed know best. Herein. Our World Legends.

Immersing Oneself in Mother Nature as do Our Children when Exploring and Playing reveals Benefits oft unnoticed. Particularly the Clay Type Soils. Whilst Hygiene and Cleanliness has it’s Place and Time…

Playing in the Dirt per se,..

… ensures the practice and triggering thereof,..

of the early and growing Immune Response System.

in deed and in fact as well.

That Immune Boost. Herein. The nature…

of Mother as well.

The signs that Breastfeeding is always the best First Option are also many.

Sciences from different aspects of Health find no harm done…

‘cept when the Feeder has Health Issues of their Own to handle.

The micro-nutrients passed from Mother to Child are oft vital for continued growth and so on.

An Immune Boost… as well.

The United Nations,.. In Geneva too… recently. Agreed.

The World Health Assembly. That is.

Promoted, discussed and favored a Resolution in favor of:

Most.?. thinking People would wholeheartedly agree.?. Agree though,..

NAY at that. To that. At first.

No good therein… and dithered. Cos of this:

… for the Commercial Interests of the Manufacturer’s of the

The Boost they were seeking was for Themselves.

No concern showed for sufferance of the Children…

lil’ at All. The Boost for them was Profit over People.

Their Fat Wallets… All…

at the expense of Children.

Commercialism and Materialism are lobbied much.

The nature of Mother Nature ignored…

by the greedy natured indeed.

The Profits Cycle on. Boosted by those addicted so.

To big bucks that is.

Who easily override Truth with such Trading Schemes.

to get their… Profit Payload. Over People that is.

To those who decry… everyone is entitled to an Opinion. Opine indeed,..

in deed and in fact also. For ’tis so… ‘cept therein. Where… Opinion was…

If the Lobbying lobbed onto the General Assembly wasn’t quite enough to ensure Profits were kept abreast over People. The USA then applied Diplomatic Pressures and basic threats of a Financial Nature… to corral those being… lobbed at by Lobbyists and so forth.

Such Geopolitical manipulations… Financial as well…

common enough at the United Nations.

Where much is not united at all. Really.

Finally after much… and such senseless debate. Natural senses were restored.

The sense of Nature… a Mother’s place… restored. Sensible.

The U.S.A. then reversed.

naturally with People over Profit. Therein.

Lest one imagines only in the West. Such convolutions and twists,..

within Diplomacy and Geopolitical Halls of Influence. There’s stuff…

from all over Our World Legends. Trade…

and… Trade Wars… too.

Or that of Saudi Arabia over inhumane actions against Yemen.

And so forth and so on. Cycles.

even at the hallowed U.N.. Which is getting rather…

hollow actually. Of People over Profit that is. Indeed.

There are at least several phrases i could use here to describe the Emotions they and that arouse.

Be imaginative. Feel free to imagine what these…

could and should and would be and so on. I’ll wait.

Ok… back at Our World Legends…

Getting down and dirty was fun. Making mud… mud-pies and other such clay like creations of childhood.

Cycling through dirt and mud and water. Jumping in and on puddles. The o so green Knee slides during Sports. Rear tackle dumps… green as also. Lots of dirt. In shoes, clothes, hair, hands and more. Children and Dirt… attract therein.

Science has found much in Soils such as Clay…

to allow such Play. Encourage as well.

Whilst mainly used in Our Beauty Products…

which should in itself be an INDICATION. As to it’s True Value.

That this dirt… ain’t cheap and nasty… per se.

Full of goodness,.. it seems indeed. In deed…

and in fact too. 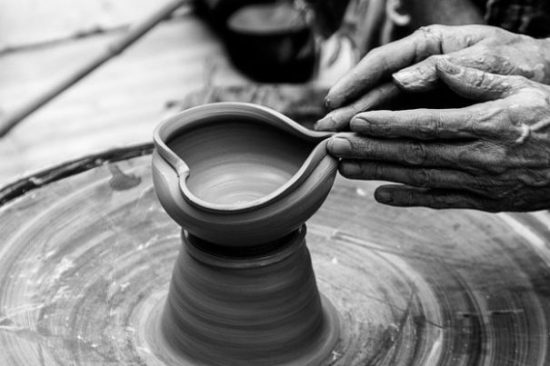 Soils such as Clay react such as Charcoal and collect Toxins along it’s ways and routes throughout Our Bodies.

This easily helps prevent such as Diarrhea, Reactive Vomiting and Neurological Imbalances. The Elements such as Calcium, Copper, Iron and Magnesium usually found in high amounts therein.

Diets that lack access to the Dairy type Calciums via Allergies or otherwise, Benefit greatly.

Such Natural Mineral Absorption Methods typified in Our Animal Kingdom by the Cow and Mineral Salt Licks.

Or the Monkey Tribe that washes produce,..

usually fruit or root vegies in Mineral rich Waters prior to consumption.

The Immune Boost of such Dirt and Soils appears at least three-fold.

When and of usage is restricted to when actually required to Boost,..

the Benefits are great.

Overuse NOT AT ALL recommended.

In Our World Legends Terminology…