All Martial Artists are aware of the need to hone their skills. A large number of Training Concepts/Aids have been developed over the years to do just that. Shiro juggles a few tips… to catch and keep you on your toes.

All Martial Artists are aware of the need

to hone their skills.

A large number of Training Concepts/Aids have been

developed over the years to do just that.

Online searches will reveal many of use. 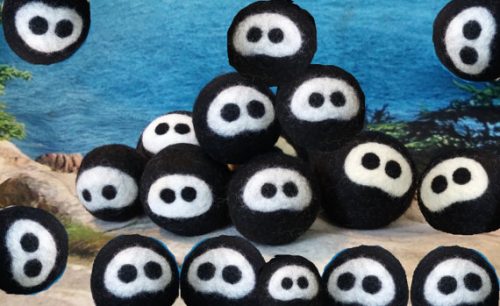 JUGGLING is a Training Aid that is not oft. mentioned.

(…a video tutorial… at end of article…)

Why some older BUJINKAN(click) students

still play with their balls.

JUGGLING… BACK IN TIME…

ON TOP OF THE WORLD…

A somewhat run down Tourist Hostel…

Soon became a habit to train on the rooftop.

Twas there SHIRO was introduced to the

as a part of our growing training routine(s) 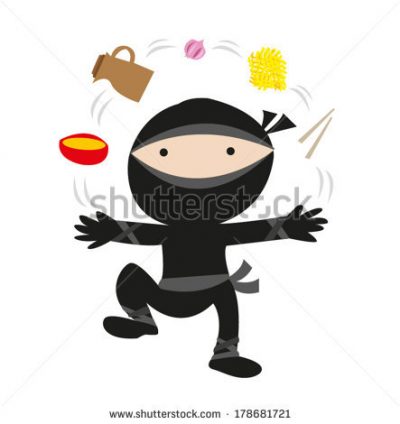 KOMAGOME btw is linked to the Museum city of UENO

A somewhat sleepy suburb, there is also easy

including the RIKUGIEN and KYU FURUKAWA Gardens.

In addition to superb examples of current

not found in most other Garden areas,

is the customary availability of sweets

are the central focus, though the gardens

are not without charm and tranquil natural

and so on. Many quite unique.

A quieter locale away

from the bigger cities bustle.

An ideal place where tired and

sleepy shinobi students could get some rest.

…SHINOBI… PRETENDING TO SLEEP… FOR THE PIC. TA.

We made or rather…

re-made the JUGGLING balls ourselves.

We noticed the benefits to our skills

…was fun and entertaining too.

THOUGH lil height required too indeed.

CALL IN THE EXPERTS…

most with videos and great advice.

Many contain links to groups/clubs as well as detailing

both basic and advanced concepts.

A small selection of HOW-TO

As with any new or retraining skill-set… practice, practice…

The basic skill(s) can then lead onto the further

learning of other ball patterns and throws…

which tend to mesmer children…

and some adults and thus gives you a possible

social intro or even training interest to surface.

CLOWNING AROUND WITH BALLS CAN ENHANCE CERTAIN SKILLSETS INDEED…

i’ve dropped so many balls…

…well… maybe not that many…

There are many, many benefits…

JUST to reiterate… get used to picking up your balls… oft.

You can offset this by having several xtra balls secreted around your person and thus keep going a lil longer… though then you have… more balls to pick up… eventually.

Part of the joy of learning, refining and enhancing

is that you are definitely though subtly

mentally challenging yourself as well…

probably without being overly aware

i progressed to learn  and be fairly proficient with

several 2 and/or 3 ball combos and patterns

quite quickly,.. though my 4 ball work…

i even set the process in a numbered format,

down on paper when needed,

to help figure out the pattern’s particular

though my FORMULAS were probably not

…THE ART OF JUGGLING… CAN INVOLVE SCIENCE TOO…

THE SCIENCE IS IN…

on the ART OF JUGGLING.

Reports and Findings of such as:

acknowledged by several studies and reports.

Areas of the BRAIN that controlled involvement in both

VISUAL and MOTOR ACTIVITY for example were subject

to quite extensive new neuron formations.

Understanding and using such results could be

applied to other medical fields or applications,

involved in trying to stem brain matter loss and

degeneration from other causes and illnesses. 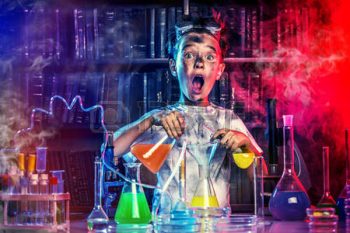 with that science stamp of approval… then

JUGGLING could /should also be included in

such as recovery and rehab, where applicable…

any hand and eye coordination or focus routines etc…

perhaps included too as a school sport because

there is NO LIMIT ON…

JUGGLERS… OF MANY AGES.

In particular and of note…

was the summary of many reports indicated…

age meant NOT much at ALL.

Our Brain’s ability to grow with new skills and hobbies

appears to know no LIMITS… age limits that is.

This recognition of how certain skill-sets can

enhance mental and physical health should

per se in any applicable area of health care.

if we ALL learnt early such as: to brisk walk oft,…

…tasks and hobbies that are simply simple AND creative;

then, in LIFE later…

that also give due honor and purpose

to a life well and long lived and can,

in many ways only bring people together

at such times/periods of our lives.

So sayeth Shiro… and the

THAT JUGGLE WITH YOU.

Another clever bright spark of an INVENTOR,

even designed a JUGGLING Aid/Equipment Set

of training position and scenarios.

Those fortunate ones who own a netted

trampoline type device may get a auto

training assist and get the opportunity

WITH NO EXCUSE NOW,..

for ALL Martial Artists and many others too.

such as co-ordination and reflexes,…

these trained, enhanced, will naturally

and automatically AID your approach

to SELF-DEFENCE, SPORTs and other

to which SHIRO says:

LIVE YOUR DREAM and

GO PLAY WITH YOUR BALLS.

I DREAM OF NINJA… 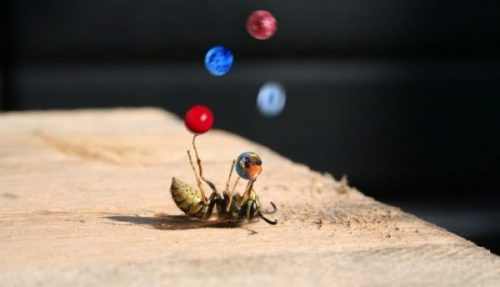 …HAVE YOU HEARD THE BUZZ.?. JUGGLING’S THE WORLD…

…to help learn, then limit the extent/range of the ” throw ” action,..

practice a step away from a wall. This ” forces ”

you to perform such near/directly front AND

and with the most appropriate strength of action…

are not that powerful per se…

ONCE LEARNT… IMPROVISE and change-ups

can be added and practiced.