The search for the Philosophers Stone… has begun. Our World Legends insist the Stone can be found. Join i, Shiro as… i turn over lots in this seek and search. Mind and Matter that is. Opening both reveals a rocky Philosophy… grounded in Nature. Nature too is divided from the Lab Work of the Ancient Alchemists. Unveiling the Steps to the Stone. Herein. The Search. A First look.

Please be advised that i, Shiro…

am aware now what the Stone of Philosophy… 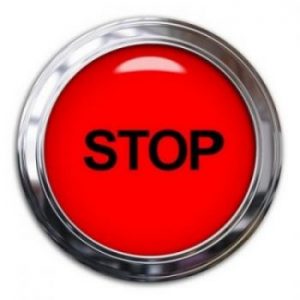 Please be advised that though never directly named or mentioned as

within Laws/Legislation. Many, many Countries and Regions have

Banned the Stone… under Other Names.

Please check carefully Your Own Local Laws Prior to seeking the Stone.

Whose Id will be found and revealed by i, Shiro…

once found that is. That is.

When said Stony Search… is turned over. Herein. Then Herein…

( This Philosophical Seek and Search is in Two Parts.

Herein. The Search For… the Pt.1

Herein thus the Search and then the Find. Thus therein.

I,.. Shiro crashed early last night though the weekend so beckoned otherwise.

Just before the Birds and Dawn awoke… did I.

Time to climb a Goat.

For fitness and fun… a lil’ climb.

Goat Hill that is.

Lying in the Lower Hills of the Lofty Region in Adelaide,.. South Aust.

Just beyond Our Spring Valley Road.

A Section of the Adelaide Hills of Mt. Lofty + co. The Climb. Herein. In Prose that is. photocredit/thanks:pinterest

Cool, though only a lil’ moist,.. much greenery now.

Seemingly too… a lil’

more of the aggressive thorny Wild Berry Plants that oft invade these Hills.

No Fog per se to set the pace… the drive pleasant.

The many twists and turns allow Nature’s finery…

and greenery appear All around. To… shine through.

The Windscreen that is.

parts.. as well. As well and carefully too,..

i drove onto the stony and sandy roadway. Eyes alert for the occasional wandering

and foraging Creatures that sometimes show…

in the Early Morning’s Light. Light from my head-lights… 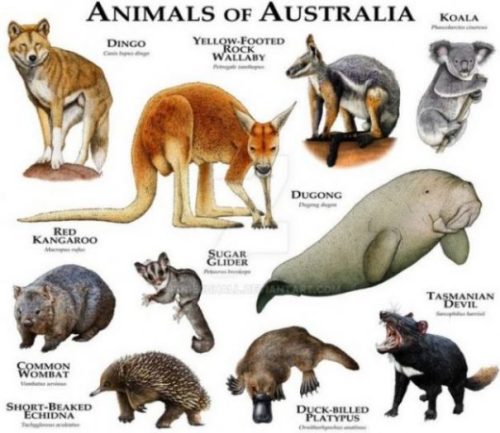 A typical selection of Australian Wildlife… Creatures. Many are seen in Outback and National Park Areas. One therein… On Beaches too. photocredit/thanks:prediksisite

Then into the Car Park proper.

Little did i,.. Shiro know.

The Search For The

Thy Search… and mine is…

quite done. Done. All

and hopefully understanding. Of Stones and their associated

Our World Legends of Alchemy and Hermeticism.

i, Shiro is soon led to a World of Secrets it seems.

Within words… of Language and Philosophy. 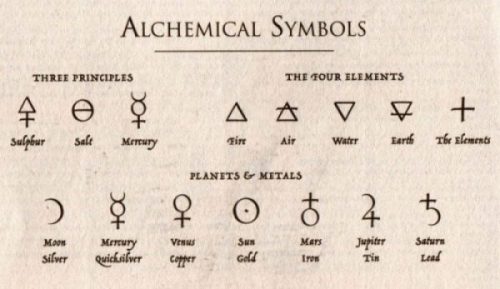 Alchemical Alphabet. Part of the STONE COLD SECRECY OF THE STONE OF PHILOSOPHY… Whose Our World LEGENDS ARE USUALLY WRITTEN in such SYMBOLS of ALCHEMY and HERMETICISM… NOT NECESSARILY IN STONE. photocredit/thanks:tattoobox

The MYSTERY here is… why.?.

all this fuss and so obvious caution.?.

Whilst Our World Legends are oft wrapped

in Opinion and Writers Style.?.

Why Such STONY SILENCE and SECRECY Surrounding.?.

‘Cos Control… is somehow LOST… per se. Indeed. In deed

Hermeticists and Alchemists are TRYING to tell us.?.

An effect that also… affects.?. So and thus to lead to:

Control is Lost by You AND Control… OF YOU…

Olden Writings do and so…

The Ancient Philosophers of Nature wrapped

a Warning Within. Writings.

This… Philosophy… may matter…

to Your Mind… but… Mind Your Ways also.?.

is oft given within these of Our World Legends.

Philosophise Within. With care that is. Taken.

SEARCH Our World LEGENDS for CLUES IN and OF STONE.

… Shiro steps forward to seek and-

SEARCH FOR THE STONE…

This STONE sits and waits in SILENCE… Shall We Go SEARCH.?. photocredit/thanks:motherjones

The search for the Philosophers Stone leads to paths of the strange yet familiar. Walking and climbing trails and path ways in the Hills and small Mounts of ADELAIDE S.A…

has led i, Shiro straight to the STONE…

The STONE of PHILOSOPHY… Can also be found HERE… OTHER PLACES TOO. CLICK Photo for Australia’s FIRST TAIKAI INFO and Intel… as well. photocredit/thanks:amazingaustralia

No Stone of Nature, i, Shiro Left.

and in fact also.

As i write this with my right…

is the Natural PHILOSOPHERS STONE.

Turning and overturning… in my hand.

Whites, Browns… a lil’ Blue too. 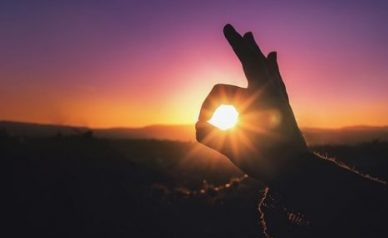 The seek and search for this and The STONE is only strenuous,..

when Intel is confused, misused and very misunderstood.

Our World LEGENDS of The STONE are many… (click)

as there are many varied forms of approach to obtain the/a/this;

The meaning of the phrase… The STONE…

Sorting the STONE Legends… into some semblance of sameness…

and see what Shiro means. Couple of types indeed…

some NATURAL… some further Fire-refined.

A pair of stone cold… and hot type

CLICK PHOTO to see the BLUE MOUNT… AND MORE.

Herein, Shiro be concerned only with the…

On with the INTEL Shiro,.. to find-what.

Our World LEGENDS do so and such say.

Our World LEGENDS Sayeth a Stack Of STONES to be sorted indeed.

A STONE’s THROW AWAY.

this and these be DIRECT refs to =

The STONES That Talk. Naturally. Philosophical.

The NATURAL STONE of PHILOSOPHY.

The Heated,.. Lab Refined Alchemical… Type that is.)

SSSNNOOOOW… Click Photo to see how Shiro turned Snow… into Poetry. Indeed. Btw… The Natural Stones… are not a Fan of this much Winter.

a day the STONES OF NATURE come out… to live and play.

So. When YOU Research and come across such Phrases as:

“…Who is wise, and understandeth this, of which Alphidius saith, that men and children pass her by daily in the streets and public places, and she is trodden into the mire by beasts of burden and by cattle?… ” –Pseudo-Aquinas.

” …Lapis Philosophorum is not of stone, not of bone, not of metal … ” – Alchemical treatise axiom.

With these two refs for example,.. the answer,..

With these two refs for example,.. The STONE is Known.

With these two refs for example,.. The STONE is Yours.

With just a lil…

SEEK and SEARCH too it seems indeed.

Find the room in NATURE where STONE look-a-likes

sit on a forest floor. Achieved by… 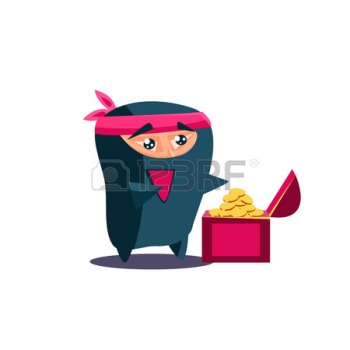 Stepping back on the stony ground to the Intel.

IN BETWEEN THE CRACKS,..

IN THE LEGENDS OF STONE.

ALL CRAPPED UP. INDEED.

The PHILOSOPHERS STONE… is NOT RARE…

”  …pass her by daily in the streets and public places… ” 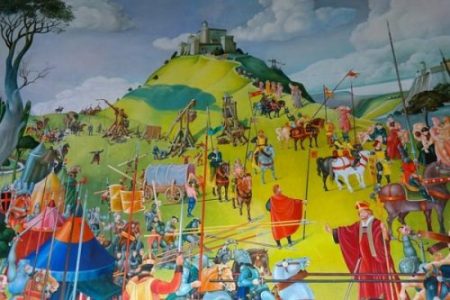 This Type of Place in Nature… could be Full of Stones… at certain Times.

… This STONE is ACTUALLY… a PLANT.

Can grow ANYWHERE… COMMON and Unnoticed… IN Dirt and Muck…

AND an EMPHASIS… on CATTLE.!.

” …trodden into the mire by beasts of burden and by cattle?… ”

importantly too and still.

The STONE of NATURE’s PHILOSOPHY is a SHE… aka A CREATOR PLANT OR SPECIES TYPE THAT PROPAGATES… WE tend to call such Types… SHE, FEMALE, MOTHER… NAMED AFTER THE ARCHETYPE FERTILE ONE… of MOTHER NATURE. WHEREAS THE MALE IS… THE FERTILISER… per se- NO, NOT THE FERTILIZER… THOUGH some may say otherwise… INDEED.

This Common in muck Loving Plant is a…

DO NOT THROW THIS

There has been much written about realities of The NATURAL PHILOSOPHY.

Which confusingly enough… is enough of a Clue. To see;..

The IMMORTALITY that many profess relies on THE STONE…

is NOT a PHYSICAL IMMORTALITY.

Herein. Part 1,.. the Seek and Search for this Stone. Stopped stone cold

as well. This Search overdone. Seek… no more. Time to Find.

Till the next… Part 2. The Stone Search… and Stone Find in...

An Ancient Weapon of MASS DESTRUCTION… can be stymied by… such as this. Herein. Our World Legends… pass… down some Liquid Tech… and other enlightening gigantic stuff of Arks and Pyramids… Elemental… stuff indeed. gifcredit/thanks:twitter