THE PURSUIT OF KNOWLEDGE CAN BE DANGEROUS-JUST ASK A SCIENTIST.KNOWLEDGE can be defined as the understanding gained through study and experience. Scientists tend to amass a wealth of knowledge though not all can be of use.We tend to respect the gaining though we may not understand the knowledge within.All of us know the effort to gain such. Shiro seeks out reasons for the deaths of Scientists and the LEGENDARY ORACLE OF DELPHI… consulted too.

…CHASING THE TREE OF KNOWLEDGE…

KNOWLEDGE can be defined as the understanding gained

through study and experience.

Scientists tend to amass a wealth of knowledge

though not all can be of use. We tend to respect the gaining

though we may not understand the knowledge within. All

of us know the effort to gain such. Much study, training and doing.

The quest for knowledge however has perils… whenever

the NATURE of the HUMAN PERSONA intrudes.

The desire to be better, to know more than,

even to control knowledge is a lure that some 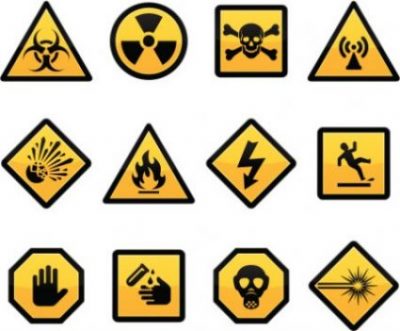 THE PURSUIT OF KNOWLEDGE 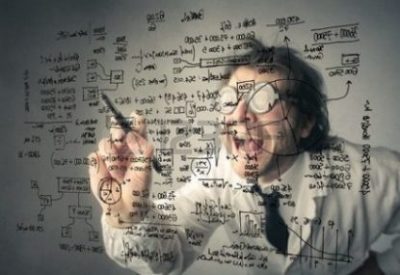 DEATH …IS A WAY OF LIFE.

There appears no easy or polite way to say this…

WE ARE KILLERS.ALL OF US.

In essence, for us to have LIFE we take the LIFE of

PLANTS, ANIMALS even unto the EARTH itself…

FOR US TO LIVE, OTHERS DIE-Food, clothing, housing and more.

Though kept mainly in the background so to speak WE ALL

INNATELY UNDERSTAND AND ACCEPT THIS SITUATION.

IT IS THE WAY OF LIFE.

IT IS THE CIRCLE OF LIFE some have said.

It is only when we step outside this circle breaking boundaries

rapes, murders and so on impact on the PSYCHE

to the extent we need to ACT.

WE STILL, IN OUR OWN WAY…

This WORD we use to describe ourselves

even points the way as many such tend to do.

are you AWARE of the KNOWLEDGE in just this WORD???

SO TIME TO CHASE DOWN THE KNOWLEDGE…

The word HU in the ENGLISH language appears

to have been transmitted through the PROTO-GERMANIC

and OLD SAXON sources though their prior HISTORY

is much conjecture.Used in several languages-

a relatively common word with many applications.

Applying the OVERALL concept the inference is that of-

that many, if not ALL involved;

in the systematic DESTRUCTION of KNOWLEDGE

the following linked posts describe is  NOT ONE

ISOLATED INCIDENT of a LONG HISTORY

OF THE KILLING OF KNOWLEDGE…

THE KILLING OF  SCIENTISTS… take pains to conceal and ignore.

Taking a long view of certain events the implications are clear

THERE ARE OTHER HUMANS WHO KILL THOSE

WHO PURSUE AND GAIN CERTAIN KNOWLEDGE.

Being ABOVE others an addiction

but  particular SCIENTISTS are being hunted.

Well over a hundred…

Whether by the same perp(s) is unclear???

as some indeed may be “natural” or by other assailants…

a real and concerted global effort is required to solve

this ongoing series of deaths as it involves

actions in many countries and several strategic

branches of the SCIENCES too. 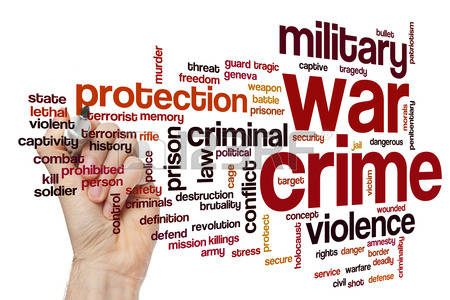 This post though is not about the KILLERS amongst US that prey on SCIENTISTS; being rather a research of how the SCIENCE OF NATURE can be a natural-born-killer no matter the qualifications you may hold.

NATURE is an efficient KILLER itself.

THE NEW YEAR USHERS IN…

THE DEATH OF A SCIENTIST

BY THE SCIENCE OF NATURE.

The AUSTRALIAN SUMMER in 1963 was typical.

The joyous celebrations and changes of this NEW YEAR

In the land of my birth, possibly the first such case here…

i was a month old at the time. 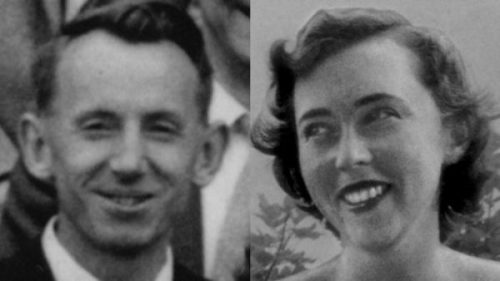 a NEW YEARS hunt for golfballs near the local river

though together in death lay a man and a woman.

For them the party was over.

Both bodies had been partially covered over-the male

with a small piece of carpet, the female-cardboard.

As the local POLICE went about the business of securing

to the use of a POISON.

All signs led the Doctors to conclude acute

The delivery method of the POISON

could not be established.

Snakes, spiders and such soon discounted.

or an act of violence explain…

the only difference seemed to be in the time of death

itself… the male had died first-an hour, possibly two before…

as POLICE filled in the events of the NEW YEARS…

the precise cause of death still lay unknown.

To this day the case has not been officially solved-

even NEW SCOTLAND YARD and the FBI came up clueless-

They had both attended (seperately) the PARTY

and witnesses agreed all was very very amiable

at the event and the Man had offered/arranged

to drive the Lady home.

The female, a Nurse identified as

the male, a SCIENTIST= Dr.Gilbert Bogle. 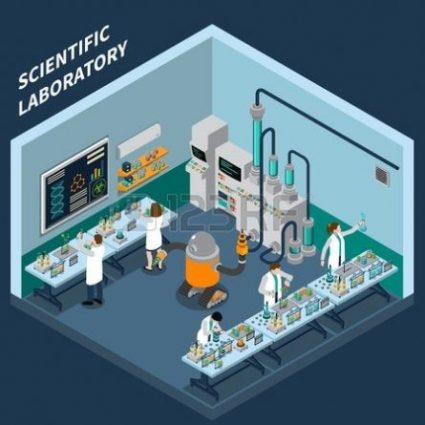 FBI involvement came about because of the nature

of the SCIENCE that Dr. Bogle studied and practiced.

a SCIENTIST and specialist in solid state physics

he had been working with the aust. CSIRO (click)

and was soon to take up a high level research position

had previously worked at the CSIRO with her husband

(who still did) who was a Radio-Physics Experimental Officer.

Reading through the POLICE Reports

and NEWS stories of the time the clues/evidence

were not revealing the NATURE of this KILLER because…

it wasn’t one of US…

NATURE IS THE LIKELY KILLER HERE. 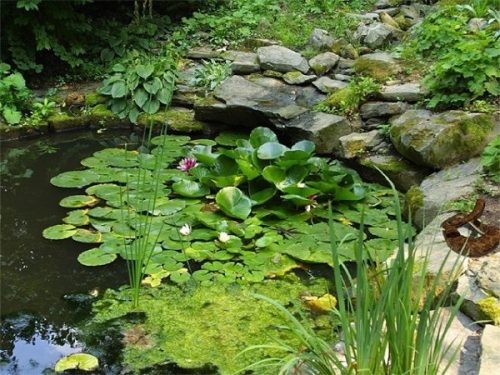 Whilst several attempts have been made to attribute

these deaths to something other…

SHIRO could find no indications such occurred…

no prior threats or actions…

no sighting or evidence of assassins…

no needle marks… no signs of unexplained violence…

all witnesses agreed it was a PARTY hookup…

In an effort to gain knowledge

of each other a secluded spot was chosen…

the surroundings ignored. For some time now

this watery stretch had been subject to heavy pollution.

The air would have been ‘ ripe ‘ though passion

appears to have overridden this ancient warning

the senses may have detected…

traces of this atmosphere soon dissipate too…

SWAMP GAS WAS IN THE AIR.

had been complained of by many locals

to the point where notice of dead wildlife

A Report  some 15 years prior

had uncovered some 1/2tonne of sulfurous waste

was being dumped into the river every week.

The bodies were found located near/in an

may have concentrated here too…

to disappear in the early morn heat… sulfide gases

are NOW a well known and documented KILLER…(click) (click).

at least in this case.

NATURE BOTH SUPPORTS AND DESTROYS LIFE

IN IT’s CYCLES and PROCESSES…

GASSING UP THE ORACLE aka

THE ORACLE IS FULL OF IT…

GIFT OF THE GAB GAS THAT IS.

All of the above is data/info/intel collected on the way.

The ORACLE OF DELHI LEGEND.

The ruins of that City in the pic above.

A GREEK impression of the ORACLE below.

Below that… is the MATRIX version… 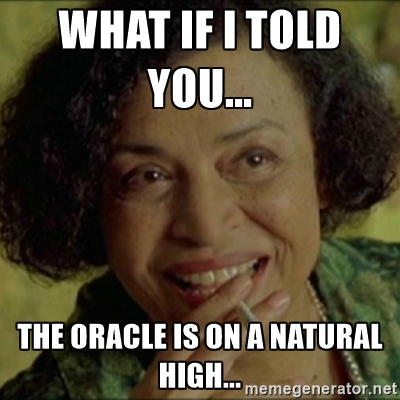 Whilst studying and researching this LEGEND

I had flashbacks to a Dental visit earlier in my LIFE.

The effects of A NITROGEN? based GAS this occasion

that’s in my lil toe… everybody knows that!)… sorry…

I SWEAR… I ended up-

‘up in the corner of the room just below

the ceiling looking down at the op and

my BODY… down there’

look at this pic below… see what i see?

Either the ORACLE really needs to change her diet???… or…

is that A CLOUD OF… GAS… SOME SORT OF…

that supercharges the PRIESTESS OF THE ORACLE

a GAS THAT ENDOWS THE GIFT OF THE GAB?

Though the SCIENCES can not agree on the type of gas

SHE=THE ORACLE PRIESTESS could only prophesy

in a special place above the vapors being emitted.

This place= THE DELPHIC OMPHALOS site( pic below ) 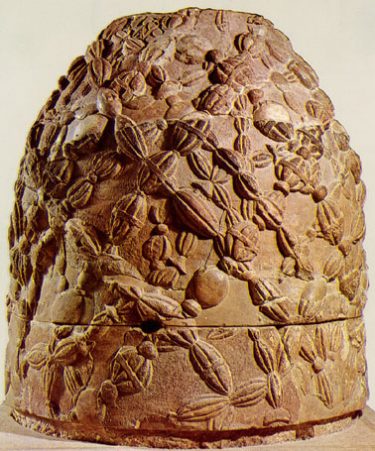 The ORACLE would sit surrounded by NATURAL GASES? (click)

and respond to comments/questions from the attending visitor.

Only after the appropriate Sacrifices and ceremonial acts etc.

The fame of the DELPHIC ORACLE was extensive

for several centuries and commemorated on Coinage

in her favourite position.

The historic personage of ALEXANDER THE GREAT?

even stopped by (click) … prior to continuing on with his ARMY

to become GREATer… by killing huge numbers of people 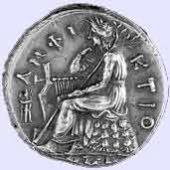 who was born and mainly lived in the area

His interest even led him to do a stint as

THE PRIEST OF APOLLO at the site and

Many of the then “rich and famous” paid a visit

to the GAS guzzling totally tripped out of her

…THE ORACLE WILL SEE YOU NOW…

Which, in turn compels SHIRO to ponder and muse…

THE PURSUIT OF KNOWLEDGE CAN BE DANGEROUS-

JUST ASK A SCIENTIST?… WHY NOT A PRIESTESS???…

WHY DON’T THE CURRENT WORLD LEADERS DO THE SAME???

The current system benefits <1% of the worlds population

YET we are told WE ARE ALL EQUAL…(click)…

surely a SYSTEM where SHAMANIC PRIESTESSES

are interceding on behalf of the DIVINE

would not be so unjust?

WHY DON’T THE LEADERS AT THE UN HAVE THEIR OWN

They could consult her…

cos they sure as frick don’t listen to the PEOPLE anyway!

just fill her up with go go gas and

idreamofninja… do YOU have a DREAM?