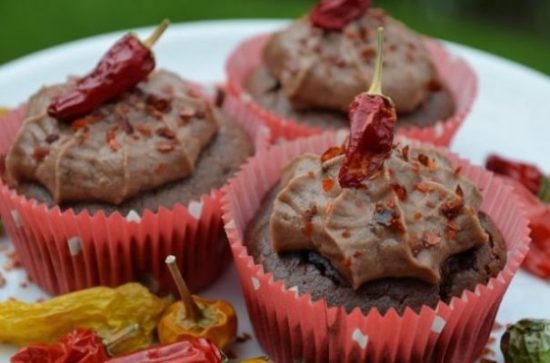 Certain Condiments go with many Times and Places in Our World. Legends from the U.S. Ol’ West and a New from the Far East too. To a combo hot and sweet that tastes o so divinely right. A Town left high handed as the Banks Safes. Are Safe. Safety First from Vagabonds and Law Enforcers. Chilli. Chocolate. Best of Both. Herein. The Fiery Treats of Sweets. Intel Bytes #7. Chilli Chocolate, Safe Streets, Sweets on Fire.

Whilst well within Jesse of the James haunting gunnery, stomping range and grounds

there once was a Town. A Town with an Enigma. One. Once. Within. A Town that never

once. Never once too. To have suffered this and that so cow-boyish

defeating ignominy of that bank-telling. Most

Never Once. To hear that red hot spray of that Jesse’s. Peppery, Gun Play.

Never Once. To burn bridges. To keep that, hot under the collar,

trigger-happy Jesse. Far Aways. Either. Neither.

All this and that and thus due. To that fiercely warm and protective goodness

All nomens above can apply. Herein. In Our World. Legends so and tell

Such peppery Treats do mix well. Within.

Symbiotic in character. Nature as well. Well as

where and by, ’twas and so, that the Power of the Chilli. Chilli

Dish that was and so.

In Our World. Legends so and say that this and that Town. Town

so with a nomen thus, Mckinney, of Texas, U.S. of that A.

Had Chilli so refined, so fine

to the Palate tasted thereof. Therein as well. Chill. Hot. But Yum as well. Well as

the Township of Mckinney having full coffers with safe Safes, Their Plates

licked empty and clean. Clean as in deed.

Chilli Divine of Mckinney. According to. Jesse. James thereof. Therein. Texas. Of

So no raiding parties planned. For Hims. On dems. Chowing down on Chilli Dish after Chilli

Dish, His J.J. Stomach, fatter gorged not gouged than the Wallets and Towns Banks

Sgt.Pepper… the New Sheriff. In that there ol’ Town. Back a ways. Back then.

in. Chilli, heated natural power packed flavour. A Favored Dish. Back and then. Then,

within Our World. Legends of Health and Sciences do indicate. That

Ones Palate can handle.

has provided the opposite. With additions of such as Honey, Stevia, Apples, Vanilla. Results

packed with Healthy Fats, symbiotic and synergic in flavor with a lil

laid back Chilli Heat. Just a lil’. That is in deed. Indeed

so recognised within Law Enforcers of other Times and Places. Places

and Times. Now. Actually. China therein. Now. That is. Not back. Then

and with increasing and heatedly rising awareness. Of Chilli Powers that is. Is that

these o so keen Law Enforcers are hot on the trail of keeping those nodding, snoozing,

losing control of wakefulness. Drivers. To so and consume. The

Power of the Chilli. Keeps

(…Looking Lookers… Btws for those Looking still. Still or moving those yearnings. For

so and say chilled yet unchillied choco of the Dark… Go. Heres. Now. To

and onwards that sweetly and fruitily linked light…) Meanwhiles. Now the

Chinese Authorities are taking advantage of Sciences probe into the Powers that be. Chilli

Within. Became aware that temperate consumption of Chillis aids alertness, reactions and state

of wakefulness as well. As well as being fricken. Hot. So are now passing

public consumption, Safety and Health. How cool is that.?. Well…

apart from the fricken Chilli Heat anyways. That is. Is that of

The Mother Of All. Our World Legends. Hallowed.

Stay Cool. Chilli within. Chilled Out.